(Unfortunately) I got a glimpse of the ESC tonight...

... and then suddenly it hit me that this year (in fact this season) marks the 20th anniversary for that first little tape cassette entitled 'Wallpaper Silhouettes', which of course has nothing to do with ESC. But what's WS all about, you might ask. Well, besides being a six track "studio album" with lines such as "... my head, my hands falling off..." and "... your smile is like a turkey cat..." (blimey) backed by a six track "live" album, it was indeed the start of... uh... something. That is, the start of years with pompous, self-absorbing grinding and whining, churning-out of brutish jibberish about life—most often our own, but more than occasionally others' lives, painted in broad and general terms, ending up as fantastically unknown gems that have remained hidden beneath layers and layers of dust... and some of them in the local library too, where they have been camouflaged as a self made DVD released in 2004, portraying the "ship of fools" in its gloriously pre-bearded purity in what I'd refer to as a combination of madmans-music and the most astonishing VHS-C captured footage by Tony Jacobsen—bass player, the closest of colleagues and presently a remarkably prominent coffe producer—he was indeed a proud owner of one of them camcorders back in our heydays.

And speaking of heydays... When Tony and I entered into the covenant of New Horizon back in 1999 we knew exactly what we were doing, NOT. We were, of course, unbeatable with our great portastudio tape cassettes and lame drum machine (a classic "dance band" idiot machine). The singing was, how shall I put it... off? and people were amazed over the amount of tape hiss on our tracks. O' but the music; the music!

We were on the right track. Then we changed our name into The Bench (after living 24 hours on one in Copenhagen's main street, being accused of being gay and asked if we were into pain, or something; being repeatedly glared at from a passing police car; being shouted at and having our pride hurt by an old drunk who mistakenly took us for being swedes! He was alright though, after we'd informed him of us being Norwegian); and we kind of accused all the bands in our hometown of being Motorpsycho and Radiohead copycats (which wasn't all that far from the truth back then, you know). The first set of lines were severed, and indeed, our path would clearly be the unthrodden one.

Yes, but our... er tools were sharp, cutting our way through the jungle of pizza houses, waterholes and other fine venues, playing for any sorry bastard who unfortunately for him were at the spot (ok, my mind may be playing tricks on me), until finally we managed to release our first... tape cassette. Oh, it was lovely; 300 pieces made in the Czhech Republic; most of them dumped in Don't Panic's "vomit bags," a weird commercial project from the early 2000's—because who on earth knew what a cassette player was in the years between 1995 and 2010. Well, at least it got reviews both here and abroad, and were they good! Altough, "commercial suicide" wrote the local paper. Ha, and were they right, too! 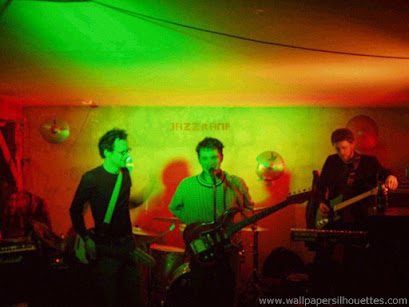 A few large venues later we accidently made another album, and I mean accidently, because it wasn't meant to happen. Anyway, it did, and we recorded eight songs on my old 30 minute long 24 track reel, and in the process wiping out my pride and joy from 1999. Sparing you for the lazy details, this all meant that the tunes had a max of 12 tracks available each, and its age and our enthusiastic winding back and forth made the tape lose much of its chrome or whatever. Thus producing a nice, warm sound in a small studio in Trondheim in the later days of November 2004, living off nothing, being joined occasionally by the town's last true bohemic producer. But wait, these days were dark, wet, cold, oh yes the great depressions (pompous, self-absorbing, remember). Them days were sinister, mark my words. And never in history has an album of that caliber been done without a drop of alcohol or similar (that we couldn't afford). Amazing! The critics response was overwhelming, I remember, and fun too: The Killers, The Bravery, they were just posers aping something they'd seen on TOTP2, one UK reviewer claimed; Wallpaper Silhouettes sounded like the last twenty years had never happened. 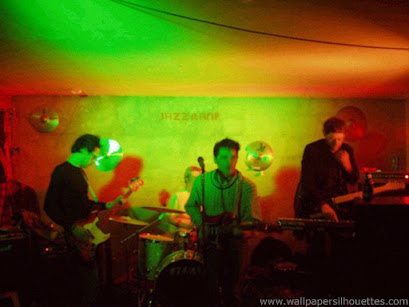 But fact being that we somewhat wanted what we most hated and vice versa (to borrow a line from Microdisney's Peel Seesions CD release liner notes). The album, 1000 CD copies, had distribution through a large indie company, but here's how it went: the ties were severed, and indeed, I played a key role in that (sorry lads). Now, some seven years later I'm stuck with almost the whole stock of discs. And what the hell am I supposed to do with tons of CD's in 2013!

Anyway, loads and loads of details and fun artifacts have been left out (those will be another bedtime story), but the main point is that had we not cancelled the whole thing, split, and gone on with our secular(!) lives, then we might have gone on to become rather successful. Better this way. In the spirit of Roddy Doyle's The Commitments: This way it's poetry. And twenty sodding years of it! 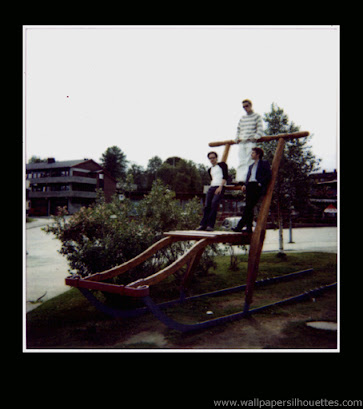 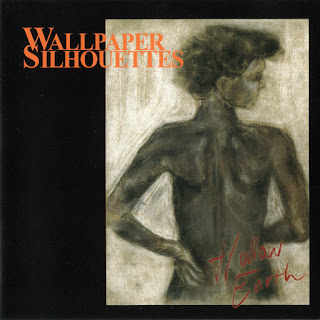 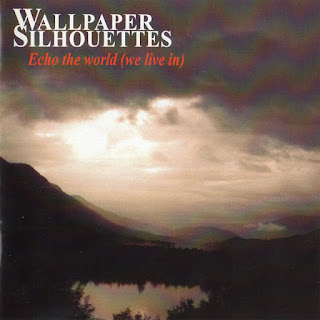