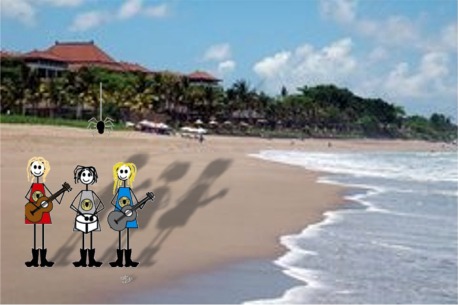 When asked to contribute with a few bits and pieces for a set of songs in the period between 2009 and 2011, I could do nought but to gleefully accept. This band - which you may or may not have heard of before - (correction) have from time to time been performing live, and also recording a bunch of songs, of which, curiously enough, rather few have been released into the open, notably the wonderful single entitled 'The Sea' which is available in digital form, and which was mastered by Mark Kramer.

Tarantella's made up of Liv-Hilde Dimmestøl, Taran Greni, and DeMonica Ruud, the latter also being very active with her two-piece band Kakke & DeMonica, and also Bøyen Beng, amongst a vast amount of sound production and projects.

Have a listen! And apparently Tarantella is playing at Sound of Mu in Oslo on the 30th of May.
By Painted Romans at May 14, 2012 No comments: